For his contributions in building Testing Business from India, Arun Ramu Director Avekshaaâ„¢ Technologies (P) Ltd., has been felicitated today at STeP-IN Forum 2012 Annual International Conference, Bangalore. Arun is a noted thought leader in the Software testing Industry. He believed in Testing as a separate business as early as 2000 when only few believed that Testing can be a separate business. Today software Testing business from India is over 5B USD. While at Infosys Arun grew the Testing business from 0-250 M USD (10 % of Infosys Revenue) in 7 years during his tenure, which grew to 500M USD last year. Arun played the role of pioneering force in creating the Indian Testing industry and has led the industry by serving as the first President of the STeP-IN (Software Test Practitioners of India) forum for two years.

STeP-IN, a forum for Software related Testing Practitioners in INDIA, was launched in October 2003. Check details of STeP-IN here. 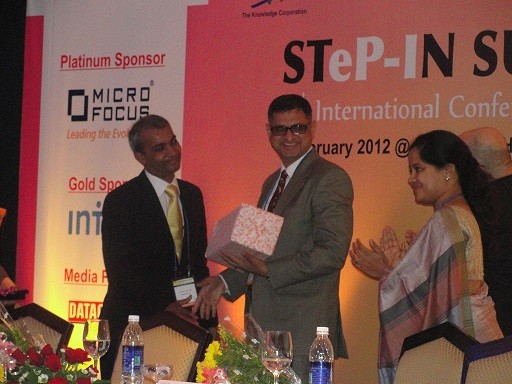 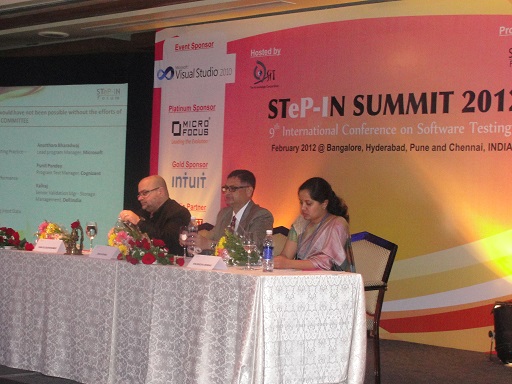